HP, Microsoft, & Valve collaborated on the HP Reverb G2, which is opening for pre-orders today for $599 and will start shipping in the Fall. It has the same resolution as the G1 of 2160 x 2160 pixels per eye, but with improved optics. Road to VR’s Ben Lang has a detailed hands-on look, but it sounds like it’s some of the highest quality visuals available for any headset. It’s using the inside-out tracking from Microsoft, as well as the audio technology that’s available on the Valve Index, which has some amazing quality and frequency response.

Here’s a comparison chart between the HP Reverb G2 and Oculus Rift S that HP showed during their AWE keynote announcement: I had a chance to talk with HP’s Joanna Popper and VR Product Manager John Ludwig last week in order to get all of the latest spec details, the story behind their collaboration with Valve and Microsoft, what’s happening with location-based entertainment, as well as what it’s like to launch a VR product in the midst of a global pandemic. 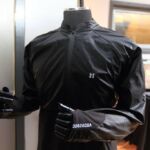 #278: Using Your Body as an Input Controller with OBE Immersive

#981: Worldbuilding with the Guild of Future Architects’ Futurist Writer’s Room: “Traveling the Intersitium with Octavia Butler” 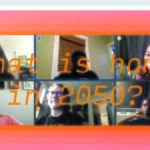 #980: Designing Community Worldbuilding Conversations with “Beyond the Breakdown” 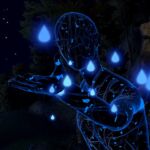