#471: Mozilla on Enabling the Open Metaverse with WebVR, A-Frame, and Servo

Some of the earliest experiments of making VR a first-class citizen on the web originated at Mozilla in 2014. Then the WebVR spec was drafted in a collaboration between Mozilla and Google’s implementations. There’s been a lot of excitement and momentum building around WebVR over the last couple of months first with the WebVR announcements by Oculus at Oculus Connect 3, and then with over 140 WebVR developers meeting for a W3C workshop on WebVR that happened on October 19th & 20th.

I had a chance to stop by Mozilla’s offices and catch up with two WebVR developers Diego Marcos and Chris Van Wiemeersch who talked about the big takeaways that happened at the recent W3C WebVR Workshop. There were some commitments made for a publicly available WebVR-enabled browser from Google in Q1 2017 and a pilot program from Mozilla also in Q1. Diego talks about Mozilla’s new experimental, high-performance web browser Servo implementing the WebVR APIs, and Chris talks the unprecedented momentum and public support that WebVR is seeing across the VR industry. We also talk about some of the open web concepts like progressive web apps, launching WebGL games as native apps using Electron, emerging technologies enabled by the blockchain like the IPFS distributed web, and some of the next steps for WebVR.

Get colorful with A-Painter! Paint in VR from your browser and then share it with all your friends over the Web. https://t.co/qp2f2EB2Tz pic.twitter.com/fycL8o4jxL

Hyperlinks are coming to WebVR! https://t.co/pfMgQDI2pf

#940: The Burning Man Multiverse: The Story of Black Rock City VR in AltSpaceVR 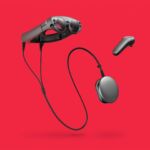