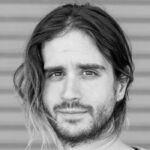 The open metaverse is going to be built on web standards like the WebXR Device API (formly WebVR), but the larger community of web developers has been waiting to fully commit to building immersive WebVR experiences until there’s universal support in all web browsers. The browsers that have implemented the WebVR 1.1 spec include Firefox Release 55, Oculus Browser, Samsung Internet, & Microsoft Edge. But Google Chrome and the WebVR developer community has been waiting for the official launch of what was being referred to as the WebVR 2.0 spec, but was recently renamed to WebXR Device API in December 2017, which is explained in more detail here.

I visited Mozilla’s offices last October to chat with A-Frame co-creator & co-maintainer Diego Marcos about the current state of WebVR. Marcos has since left Mozilla in order to work on the Supermedium WebVR browser, which creates a desktop VR browser designed for the Vive or Oculus to easily go in and out of viewing WebVR content as a seamless VR experience. Supermedium VR is a breath of fresh air to be able to seamlessly traverse amongst a curated set of WebVR proof of concepts, and the link traversal and security paradigms of WebXR are still open questions.

Mozilla also announced their Firefox Reality mixed reality browser this week, which is targeting the standalone VR headsets, primarily the HTC Vive Focus and the Oculus Go. It’ll also work for Daydream VR as well as Samsung Gear VR, but it’s going to be designing the immersive web browsing experience where there isn’t a context switch between the 2D screen and context switching into a VR HMD. Firefox Reality hasn’t implemented any WebVR features yet, and it’s currently a proof of concept for showing what browsing 2D web content in VR will look like. The increased resolution of these latest generation mobile VR headsets and upcoming standalone headsets makes reading text a lot easier than it was in previous iterations.

I’ve talked about Firefox Reality in the previous episodes of #350, #471, & #538 when it was still being referred to as the Servo experimental web browser built using the Rust programming language. Firefox Reality is currently the only open source, cross-platform mixed reality browser, and I’m curious to track the development more once they get more of the WebXR features implemented.

In my conversation with Marcos, I’m struck by how many open and unresolved issues still have to be resolved including link traversal, a security model that prevents spoofing sites, the portal mechanics of traversing multiple sites, and the potential of moving beyond a black box WebGL into what would be more like a 3D DOM elements but that has to deal with the additional privacy aspects of gaze and physical movement biometric data that having a 3D DOM would introduce.

It’s been a long journey to the official launch of WebVR, and here’s some of the previous conversations about WebVR since the beginning of the podcast in May 2014. 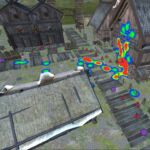 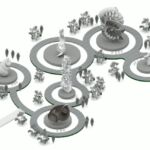 #496: Quantifying Touch on 15 Dimensions with SynTouch

#345: Walking On a Virtual Tightrope Across the World Trade Centers 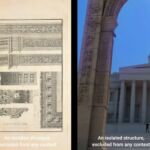