#511: Neurospeculative Afrofeminism: Building the Future You Want to Live Into

Hyphen Labs is a immersive design collective made up of women of color, and they had a sci-fi VR experience at Sundance this year called Neurospeculative Afrofeminism. Their VR experience features black women as some of the pioneers of brain optimization, and you get to experience a futuristic neurocosmotology lab where you can receive transcranial stimulation. As you get this neuroplasticity treatment, you’re transported into a magical world that features speculative products that feature women of color as the center of the design narrative.

I had a chance to catch up with Carmen Aguilar y Wedge, Ashley Baccus-Clark, Ece Tankal, and Nitzan Bartov at Sundance where we talked about the process of writing a love letter to black women and creating an experience that helps them live into a future that they want to help create. Wedge cites the quote “You can’t be what you can’t see,” which provided inspiration for them to create an experience where they could create virtual characters within a context of technological innovation in order to directly stimulate neural pathways and re-wire their own brains using the principles of synaptic plasticity.

It’s an open question as to whether or not it will ever be technically possible to do Matrix-style with neural injection where you’re essentially directly hacking the senses. At the MIT Technology conference, I had a chance to see Kernel founder Bryan Johnson who was talking about implanting a chip into the brains of patients with Alzheimer’s or Dementia in order to see if it’s possible to use computer-generated neural coding to help improve the memory of these subjects. MIT graduate student Seongjun Park was able to deliver a “combination of optical, electrical, and chemical signals back and forth into the brain” by using tiny fibers. This Three-in-one design claims to enable both genetic, chemical, optical, and electrical inputs and outputs to the brain.

It’s possible that directly interfacing with the brain with computers will be possible and completely mainstream in 50 years. It’s starting with treating brain diseases, will likely move onto cognitive enhancement, and perhaps eventually move to further brain optimizations. But it’s also unknown whether or not direct neural interfaces will prove to be better than using our existing perceptual system inputs that are able to correlate our subjective experiences and emotions into the context of the processing of data inputs. The principles of embodied cognition indicates that the process of memory creation involves the entire body as well as your contextual environment. There also may be a layer of consciousness and meaning making that is a holistic system that proves difficult to directly bypass in order to increase the bandwidth of input into the brain. This is still mostly within the realm of speculative sci-fi, but these recent news items that are paving the pathway toward the type of future that Hyphen Labs is painting within their Neurospeculative Afrofeminism VR experience. 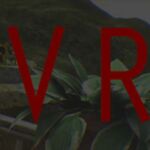 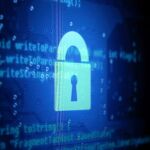 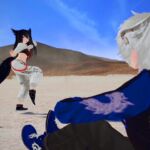 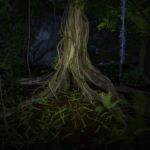 #1046: A 24-Hour Durational Simulation of 100 years of Climate Change Impact on Daintree Rainforest in “Gondwana VR” 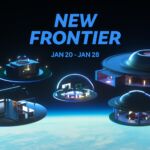 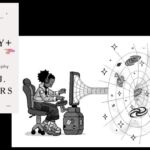 #1043: Philosopher David Chalmers’ Book “Reality+” May Change How You See Reality: VR is a Genuine Reality & We Can’t Prove We’re Not in a Simulation