#242: Building Empathy with a 360-degree Video about a Sexual Assault from Two Perspectives

Specular Theory CMO Ryan Pulliam and founder Morris May talk about some of the 360-degree video experiences that they’ve produced over the last year including an edgy Sundance film called Perspective: The Party, which tells the story of a sexual assault from the point of view of the victim and perpetrator. 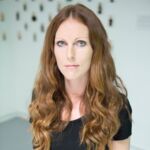 Specular Theory has had a busy year of producing different 360-degree videos for different clients including Terminator Genisys: The YouTube Chronicles in 360 featuring Arnold Schwarzenegger, a music video for the The Donnies The Amys, as well as a Jeep® Brand VR Surf Experience.

Morris May also collaborated with Go Fish director Rose Troche, on an experience called Perspective: Th Party that showed at the New Frontiers section of Sundance this year. The description of the experience is that “A young woman attends a college party with the intention of shedding her shy girl high school persona. At the same party a young man is after a similar reinvention. They meet. Add booze. Misinterpreted signals and do things that cannot be undone.”

Morris talks about how Perspective: The Party is an exploration of empathy, and how it generated a lot of buzz at Sundance. It’s the first part of a longer series that is described as:

Perspective is a Virtual Reality series created by Morris May and Rose Troche. Together they are setting out to use the inherent power of the virtual realities 1st person point of view to create live action narrative films that challenge viewer’s perception of social issues and constructs that might otherwise never have been. With the use of the Oculus Rift you experience both realities, and in doing so begin to understand the slight differences in perception that sometimes lead to misguided assumptions.

There’s a lot of potential in this type of series, and Specular Theory is on the leading edge of experimenting with storytelling with the live action, 360-degree medium. Morris explains that they have made a conscious choice to be really aggressive when it comes to moving the camera within a 360-degree experience. I’m personally really sensitive to movement within VR, and I definitely experienced some motion sickness after watching their music video experience. But Morris says that he’s more concerned with trying to be innovative and push the boundaries of what type of storytelling experiences are possible despite the fact that it may not be comfortable for all people. That said, it’s worth paying attention to Specular Theory’s work since they’re doing some of the most innovative and interesting experiments with 360-degree video. 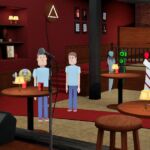 #364: Social Dynamics in AltSpaceVR After the Consumer Launch of VR 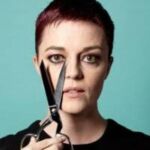 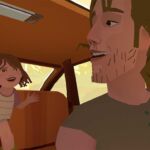 #415: “Pearl” is an Emotionally Powerful Story about Selfless Service 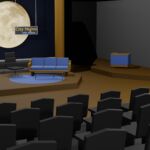 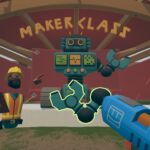 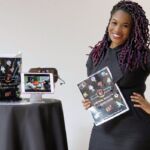 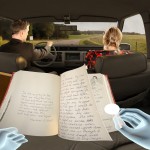